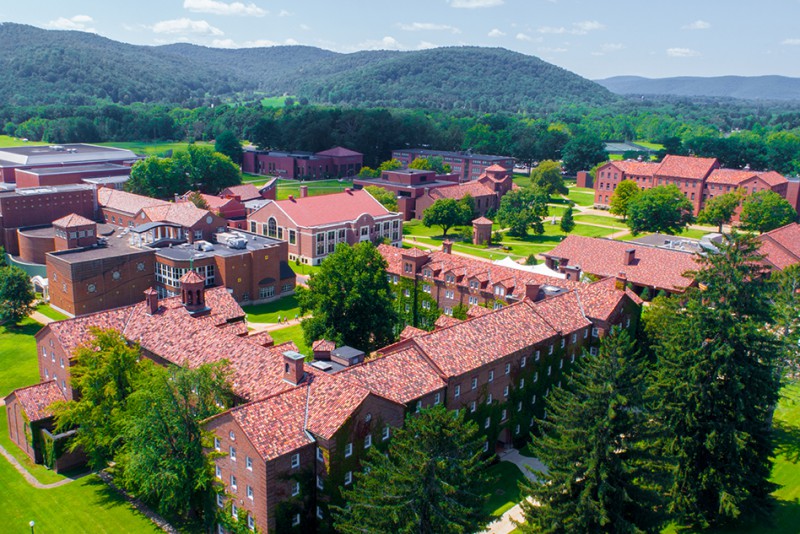 The Ignatius Brady, O.F.M., Memorial Endowment Lecture, presented annually by the Franciscan Institute at St. Bonaventure University, is being offered this year as a five-lecture series. All lectures will be available on the Zoom video conferencing platform.

The series opens Thursday, July 15, with a 7 p.m. lecture by Dr. Timothy Johnson, S.T.D., the Craig and Audrey Thorn Distinguished Professor of Religion at Flagler College in St. Augustine, Florida. Johnson is a Senior Fulbright Scholar and chair of the Research Advisory Board of the Franciscan Institute.

Titled “Cruising Ventura Boulevard: An Introduction to Saint Bonaventure,” his talk will paint a portrait of St. Bonaventure University’s namesake, described by Johnson as “a relatively unknown, but highly influential follower of Saint Francis.”

The series will continue with four additional lectures held roughly every other month. It concludes with a presentation on April 14, 2022, by Fr. David Couturier, O.F.M. Cap., associate professor of theology and Franciscan studies at St. Bonaventure University and executive director of the Franciscan Institute.

The Ignatius Brady, O.F.M., Memorial Endowment was established for the Franciscan Institute by the Province of St. John the Baptist, O.F.M., of Cincinnati, Ohio, to promote the legacy of research, scholarship and teaching associated with Fr. Ignatius, who was a member of the province for 60 years. The endowment stipulates that the institute is to sponsor an annual lecture in which an aspect of the Franciscan tradition is addressed by a recognized expert in Franciscan studies.

Learn more about the lecture series including dates and presenters for all lectures, as well as a link to the Zoom platform here. 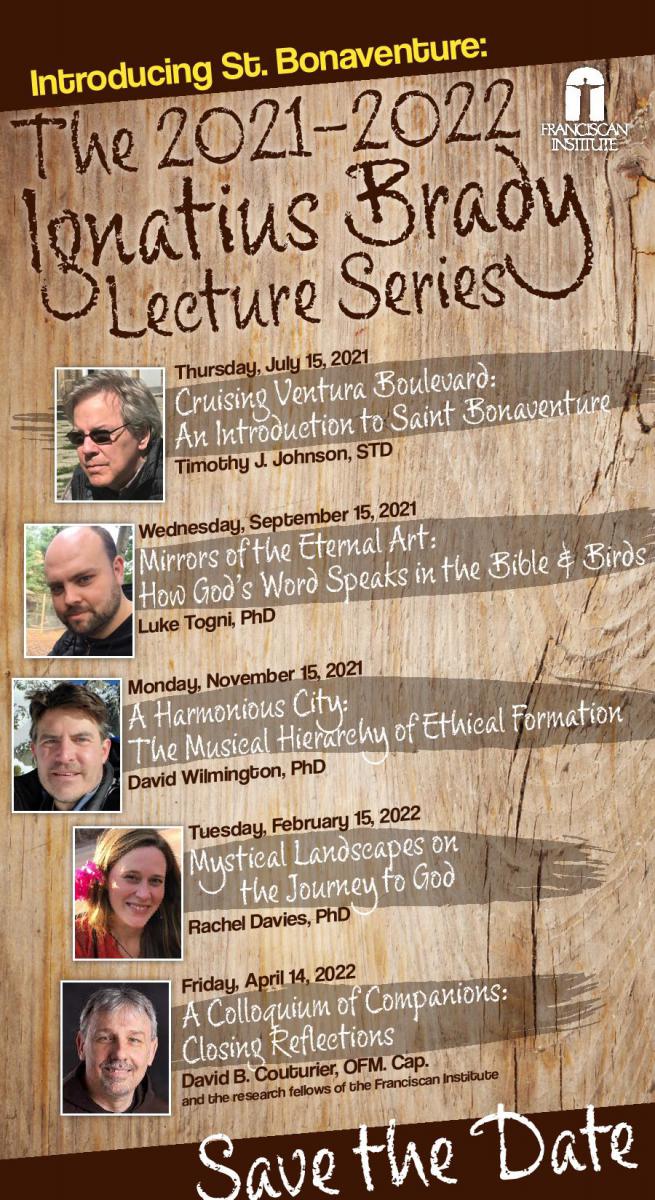 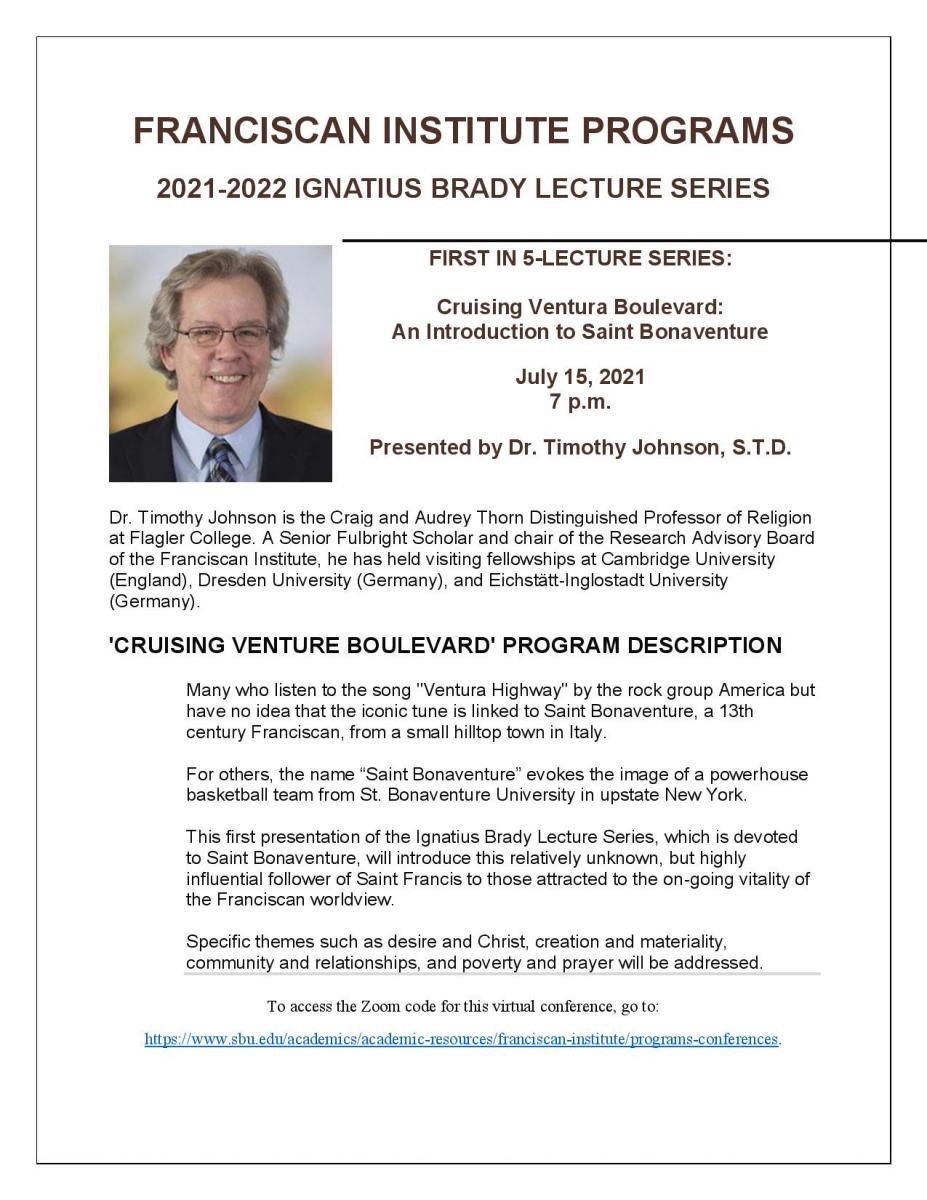