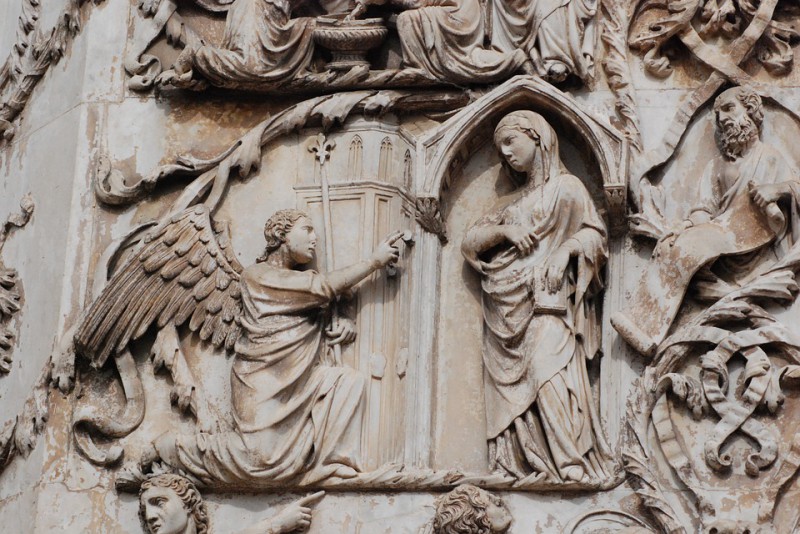 Creativity and Imagination: Images in the Works of St. Bonaventure

Over the last few years there has been a plethora of serious intellectual studies of the works of St. Bonaventure. Many have contributed significantly to Bonaventurean thought. However, very few have studied Bonaventure’s use of imagination. This is unfortunate since he himself tells us “Just as Christ was wrapped in swaddling clothes, so the wisdom of God in Scriptures should be enveloped in humble images” (Prol,15). Bonaventure employs images throughout his works, especially those of spiritual theology. To glance over these images is to miss much of what he is telling us.

The Tree of Life is replete with images. In fact, there seems to be often repeated images that enlighten the text and the imagination of the attentive reader. The Tree of Life hardly begins without Bonaventure introducing us to a favorite image: fire. Not a fire that burns, but that announces the arrival of the Holy Spirit. He writes that when the angel Gabriel announced God’s plan to Mary, “she gave her consent to him, (then) the Holy Spirit came upon her like a divine fire inflaming her soul and sanctifying her flesh” (LV 1,3). For the Seraphic Doctor, the Annunciation was Mary’s Pentecost. The words of the closing prayer of the Itinerarium support this: “(Seek) not the light but the fire that totally inflames and carries us into God by ecstatic union and burning affections. This fire is God” (Itin 7,6). It is an image that Bonaventure uses again to reflect on Pentecost when the disciples were gathered in locked quarters “for fear of the Jews,” that is, fear of their own people, friends, and relatives, even perhaps of one another.

Bonaventure reflects on what transpired by employing the process of one of his works, The Triple Way. Through the descent of the Holy Spirit with tongues of fire they are purified through fiery words, illumined through light that glows from the fire, and are perfected through an affection that replaced the fear that had seized them, releasing them to not only unlock the door but also to take to the streets to preach the Risen Christ. Bonaventure concludes with a gem that echoes Joseph’s multicolored cloak: “Then Christ will be clothed with all the beauty of the elect as with a many colored tunic in which He will shine forth richly adorned as if covered with all manner of precious stone” (LV 44). The multicolored cloak of Joseph is now not pieces of precious material, but our very selves. For Bonaventure this reveals the dignity that we receive with the coming of the Holt Spirit. While Francis preached our nothingness, Bonaventure proclaimed our valuableness, a worth that was freely given to us, not earned by us.

It is not only in his spiritual writings that images are important to appreciate Bonaventure. They can also be discovered in his more theological works. The Breviloquium also attests to the fact that if we pass over Bonaventure’s images lightly, we will miss a great deal indeed. This is Bonaventure at his best, for here he is not only the theologian of Light, but also the spiritual writer of Jacob’s ladder, as is evidenced through this reflection on the arrival of the Holy Spirit. Bonaventure is clear that while purgation and union are parts of our spiritual journey, the Franciscan way is the way of illumination while he also provides a singular understanding of Jacobs ladder: the Holy Spirit descends from heaven to make it possible through grace for us to ascend to our new identity in the new creation revealed in the Book of Revelation.

He was soon to be elected Minister General of the Order. He discovered that the friars were ill-formed, unruly beggars, and wandering Gypsies. He may well have thought that many of them were possessed by the devil, that an Order-wide exorcism might be initiated, yet he maintained the vision articulated in the Breviloquium. Indeed they were possessed, however, by the grace of the Holy Spirit, “no one possess God without being possessed by God…without loving God and being loved by God…as in the case of a bride and groom” (Brev V,1,2), further stating that this is “a free gift divinely infused.” So many of our contemporary spiritualities continue to deny this truth, writing more about techniques than vision. Practices may help us stay the course but they do not save us.

There is a curious, universally ignored observation by Bonaventure (Brev V,1,2): “The soul becomes the Bride of Christ, the daughter of the eternal Father and the temple of the Holy Spirit.” Perhaps we miss the nuance because we are so familiar with the pre-Vatican II practice of a young lady walking down the aisle in a wedding dress and leaving as a sister in a religious habit. Bonaventure, however, applies these images to men and women. We are all brides and daughters and temples. Here is a true son of St. Francis who addressed his brothers “as a mother to her children.”

Bonaventure is not naïve though. He was fully aware that bride and groom grow in and out of love quite often, some less graciously than others. To better understand this process from Bonaventure’s point of view, we turn to his Soliloquy. This may seem an odd choice. It is, after all, a lesser known and read work that centers on a dialogue with one’s self as he points out “Many people know a great deal but ignore their own selves. They scrutinize others but overlook their own souls. They search for God in the external world but forget their inner being where God abides” (Sol 1,2). Thus, this little-known work is a spiritual application of Breviloquium V. Further, it is essential in understanding what he calls dei-formation in that work. He provides us with the process that leads to this experience in his Soliloquy where he expounds on how we were formed by nature, deformed by sin, and reformed by grace.

Initially, our formation was quite positive. As he tells us: “Behold what an honor. And privilege it is to be not only a trace of the Creator but even His likeness” (Sol 2,3). Then, Bonaventure minces no words when he treats what in Part V was our identity as brides, daughter, and temples writing: “You have been changed from a virgin of Christ into a minion of Satan, from a bride of. Christ into a detestable whore, from the dwelling place of the Holy Spirit into the devil’s den (Sol 3,10). In his merciful kindness, Bonaventure does not leave us there for he then tells us that we have been reformed by grace, his constant theme. With grateful hearts we must return to God. He provides a long series of “Return to Me…” (Sol 1,38). Having received the grace to return with gratitude, he encourages us “Be like a dove in the clefts of the rock, in the secret recess of the cliff. Fly to His handstand feet, for in Him there is safe repose and undisturbed peace” (Sol 1,38).

Returning to the Breviloquium, we discover this is not enough for the Seraphic Doctor. He introduces “dei-formation,” that is, being formed into God observing that this “renders the dei-form of the soul coming from God, conforming us to God and leading to God as our end” (Brev V,5,3). How does this happen? Through overflowing and inflowing. Bonaventure describes creation as an overflowing of life and grace from God. Visit a fountain, watch the overflowing water, discover the meaning of overflowing grace. Then there is the inflowing, or flows inward to move outward again in continuous motion. Grace comes through overflowing and inflowing. Watch the water in the fountain, watch your life of grace. Without images to imagine all of this, we would miss a great deal of what our brother Bonaventure is telling us.