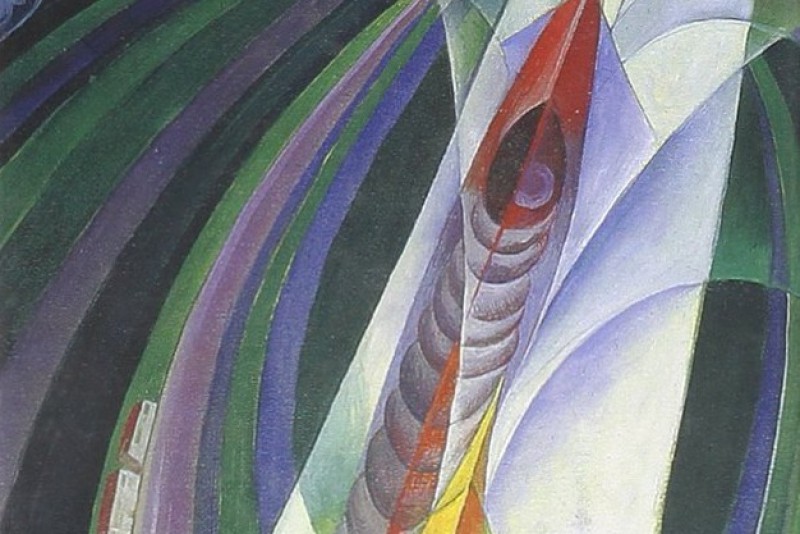 A member of Gino Girolomoni’s “cenacle of growers” in the 1970’s, Daniele Garota was instrumental to genesis of organic agriculture in Italy and its corresponding way of life, integral ecology. The community of L’alce nero (in honor of the Lakota teacher Black Elk), took root in the abandoned monastery of Montebello, appropriately for the biblically minded Girolomoni, and has since grown to an international enterprise. With his own roots in Italian peasant culture, an early subject for Garota was naturally The Peasant and His World (Il contadino e il suo mondo, 1999), an illustrated lexicon of that now largely vanished lifeway, its crafts, tools and methods. The book appeared, appropriately, in holograph, with a wealth of illustrations by the author. Garota’s many theological works grow organically from his own relation to the earth and association with the Alce nero community, whose members included the influential Sergio Quinzio, theologian and author of an influential commentary on the Bible. Among Garota’s other books are Apocalisse (Apocalypse, 2009), Povertà e gloria di Dio (The Poverty and Glory of God, 2016), and Il corpo e la sua salvezza (The Body and Its Salvation, 2019). A series of brief meditations, the essay below is drawn from La fuga dei giorni (The Flight of Days, 2008). Interested readers may further explore Garota, Girolamoni and the Alce nero movement by visiting https://www.girolomoni.it and selecting the English language option. This translation is the first of a series hoping to bring an important movement with deeply felt, implicit Franciscan connections into English.

God didn’t choose to become incarnate as a brilliant philosopher like Seneca, but as an unknown youth who at twenty earned his bread by working with his hands in a small and forsaken village of Galilee. He never spoke with the thinkers of Athens – that was for Paul to do. True enough, the boy disputed with the doctors of the temple, but as an adult the people who knew him well said that he was a carpenter, one who concerned himself with aspects of that work, one who had learned the trade from his father Joseph. He taught us to plumb the depths, not to rise to the heights, to wash the feet of others and not to have them wash ours.

What hasn’t God done till now to save us? In a world where one no one understood how one can’t live by bread alone, he made himself bread, “good as bread.”[1] And again today, from the hand and mouths of poor priests, he continues to implore us, “Take and eat, all of you!” More than this and one dies, I was about to say, if he hadn’t already done so.

If it is true that Jesus succeeded every time in casting out demons from the life life of persons he met, it’s also true that we encounter people who instead, instigated by the “enemy” (1 Pt:5,8), everywhere and all the time cast God from their lives. And the Lord can’t do anything about it, he can only depart in silence. The final days of humanity could go hand-in-hand with the disappearance of faith from the earth.

We are nothing, and yet we are everything: maybe it’s necessary to feel these two extremes at once. That which we can do before God is nothing, and yet it can be decisive. God needs us nearly as much as we need him. God is both the strongest and weakest, at once the Creator of all and the baby crying in its mother’s arms.

The Gospel of Luke speaks of Caesar Augustus as ruler of “all the earth,” but that which interests God isn’t Rome but a lost refuge at the margins of empire, a group of shepherds half asleep in the dark, a young mother who gives a child to the light, swaddles, and lowers him to rest in the dirty crib of straw and leftover hay. It’s not possible to be more marginal than this. Yes, there are mothers so desperate that they throw their newborns in dumpsters, but even in the face of such indigence (catastrophe, disaster, indigence), Jesus’ birth, God, in Bethlehem, is a scandal.

We must become the Gospel’s flesh, but how do that and at the same time not make ourselves hostiles, testy, too demanding in the eyes of those who, although loving us, cannot manage at all to get involved in our straining toward the Kingdom? “Fitting in,” even if it’s often inevitable, is already betrayal, a giving in to the world’s logic. And yet this kind of concession may be necessary if we are to reach the Kingdom. It’s as if we find ourselves constrained to make pacts, to “become all things to all, to save at least some,” as Paul said (1 Cor 9:22). More than any other thing the witness of tenderness is necessary, offering ourselves to bear the weight of others. Our answer to one who needs a reason to hope, who struggles within, must be permeated with “sweetness and respect” (1 Pet 3:16). Isn’t this the other part of “Christ’s law” (Gal 6:1-2)? The Messiah is humble and sweet (Zc 9:9; Mt 21:5). We need a core of great compassion to be humble. Humility is giving oneself utterly to the one we love. Jesus acted in such a way, praying for us to go to him: “Come to me [...] you who are meek and humble of heart” (Mt 11:28-29). The Messiah offers his back to the one who whips, his cheek to the one who plucks his beard and his face to storms of spit.

After too many people have rid themselves of God like a scrap of cut-off nail, we wonder: is it we humans who need God, or God who needs us humans? For Catholics, for those who profoundly believe in the crucifixion of Christ, true God and true Human, the answer should not be so difficult: What but the infinite need he had of us, could induce God to so lower himself as to be killed in order to save us? Who of us could do the same? When we offer our lives to God, we already feel a profound need for him. But when it is God offering his life for us, when he is the king that offers himself for his subjects, when it is the shepherd who offers himself for his sheep, then there isn’t any longer an ascent but a descent from on high, a plumbing of the abyss. Here the leap is truly enormous, a sign of infinite and unspeakably pure love. It is as if he said to us: Without you, my being God would no longer have meaning. It’s enough to make our heads spin.

But if this is true, as I am convinced it is, then theology too must push beyond, at the cost of falling into the abyss of not being answered, until it becomes a summoning of God. Thus, what we need is not the theology of the teacher’s desk but that of the abyss, a profound sharing of God’s needs, of God’s suffering.

[1] In Italian, to be “buono come pane” is to be a generous, self-giving person.