Franciscan Pride in One of the World’s Greatest Spirits 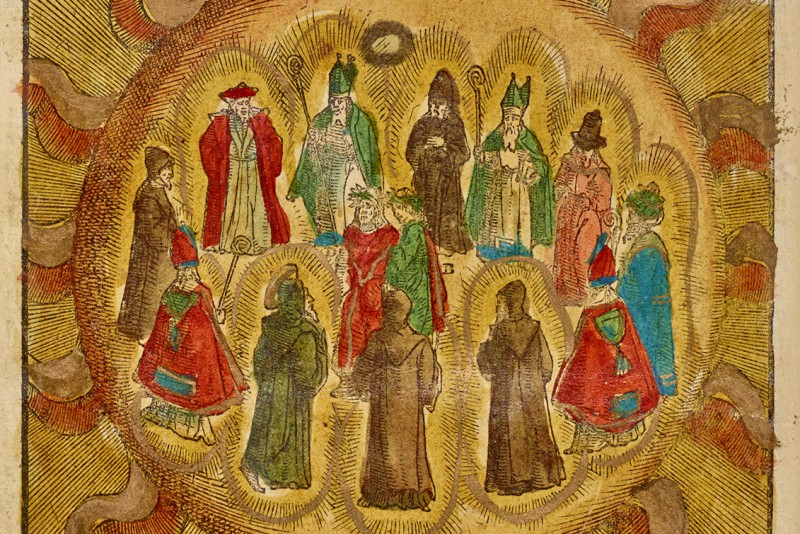 Dante at 700: Franciscan Pride in One of the World’s Greatest Spirits

The remains of Dante Alighieri were laid to rest at the Franciscan friary in Ravenna shortly after his death from malaria on September 14, 1321, just 700 years ago this month. Across those seven centuries, if any major poet, any famous lay person, or any literary or political figure was associated with the Order of Friars Minor, it was the Florentine poet who, in exile from his native home, found refuge in the ancient city of Ravenna. His bones now rest in an elaborate baroque tomb next to convent of the Conventual Franciscans. Florence would like to have the bones and to bring Dante home to Florence, but Ravenna jealously guards its prize. After all, Florence spurned him, and Ravenna’s Franciscans welcomed him.

Where Dante’s bones reside matters only because it offers a place to revere him; however, his poem is timeless, ageless, and universal – not to be confined to any one place of reverence, but to be appreciated everywhere, by all citizens of the civilized world.

Franciscans have every reason to claim Dante as a fellow traveler because, as I have said elsewhere, the poet drank deeply from the Franciscan spring.[1] If Dante was shaped and molded by any person other than Christ, it was St. Francis of Assisi. The influence of the poverello of Assisi and of his order of minor friars resonates throughout Dante’s works. It is no exaggeration to say that Franciscans shaped Dante’s understanding of the church of Christ and of its expression in the Church of Rome.

On the positive side, the simple words of the Francis’s Regula non bullata proclaim the ideal of sequela Christi (following Christ): “The rule and life of these brothers is this, namely, ‘to live in obedience, in chastity, and without anything of their own,’ and to follow the teaching and footprints of our Lord Jesus Christ.”[2] Dante virtually repeats this idea and applies it to the entire hierarchy of the church when in the Monarchia he writes: “Now the ‘form’ of the church is simply the life of Christ, including both his words and his deeds; for his life was the model and exemplar for the church militant, especially for the pastors, and above all for the supreme pastor, whose task it is to feed the lambs and the sheep.”[3] A fine-grained review of the Commedia and all Dante’s other writings reveals that he never wavered from this simple premise: that all the clergy should follow the example of Christ, and that in doing so they (and therefore the church) should own no property and exercise no proprietary or legal rights.[4] What could be more Franciscan?

On the negative side, during the course of the thirteenth century Franciscans found it difficult to live up to the standard of perfection proposed by their founder and demonstrated in the life of Christ. Their own leaders, including St. Bonaventure, began to criticize Franciscan friars for failing to follow the primitive observance laid down by Francis. Eventually, Franciscan criticism ranged beyond the order to include the secular hierarchy. Starting in the last half of the thirteenth century, Franciscans writers, and especially the so-called “Spiritual” Franciscans, began to criticize pastors, bishops, cardinals, and even popes for the extreme difference between the lives they lived filled with luxury, pomp, legal claims, and proprietary rights, and the humble, simple, poor lives of Christ and Francis.[5] Again, Dante went to school among the Franciscans. Surely he made his own judgements about the corrupt clergy and popes of his day, but surely he also shared his criticism of ecclesiastical corruption with his Franciscan friends.

Dante’s critique of the misbehavior of the clergy is never more virulent than in the letter he wrote to the Italian cardinals in 1314, as they met to elect a pope upon the death of Benedict XI (Epistola XI). Our poet was deathly afraid that the conclave would choose another Frenchman as pope to follow Clement V and that the Seat of Peter would remain in Avignon as a result. Dante makes it abundantly clear that he is not attacking the core beliefs, sacraments, or even the structure of the church or the papal office. Unlike the Old Testament figure of Uzzah, who touched the holy things by laying his hands on the Ark of the Covenant (symbolizing the core of the church) to prevent it from falling into the mud, Dante vigorously asserts that he is criticizing the behavior of the bovine cardinals, the oxen who are leading the church down the wrong path.[6] If these words did not come directly from a Franciscan text, and if Francis himself would have found a more gentle way to say them, the words nevertheless reflect the voice of the Franciscan tradition, and with the Franciscan echo, the words ring down through the seven centuries since Dante’s death as a reminder to current and future generations of ordained clergy: never forget that your mission is a spiritual one.

Dabney Park, Ph.D., is an Episcopalian, a lay Eucharistic minister, a former businessman, and professor at the University of Miami, a grandfather of four, and a Franciscan fellow traveler.

[6] See Dabney G. Park, “‘I am not Uzzah!’: Dante Speaks Truth to Power,” to be published in the 2022 issue of Annali d’Italianistica, which commemorates the 100th anniversary of Dante’s death.